Ray has received a letter from Sheena Jackson, Vena Slater’s daughter.   Vena died last year, and Sheena returned to Christ Church after a number of years.   As well as thanking Ray for his ministry following Vena’s death, Sheena has sent a photo which looks as though it was taken in the 1960s or early 1970s.   We would be interested to identify those who appear in the photo.   Some of us, including Pam Cliff, have had a look and identified a few people.   This leads us to believe that the photo was taken on an occasion when several Longridge churches had met together, probably for a joint choral event.   We know that there used to be performances of Messiah in which several churches joined so this may be one of those. If at all possible, we will put the photo on the church website and we would be interested to know if you recognise anyone.   Please let any member of Council know if you can add to our knowledge.   Our thanks go to Sheena for this interesting challenge and we continue to remember all Vena’s family in their bereavement. 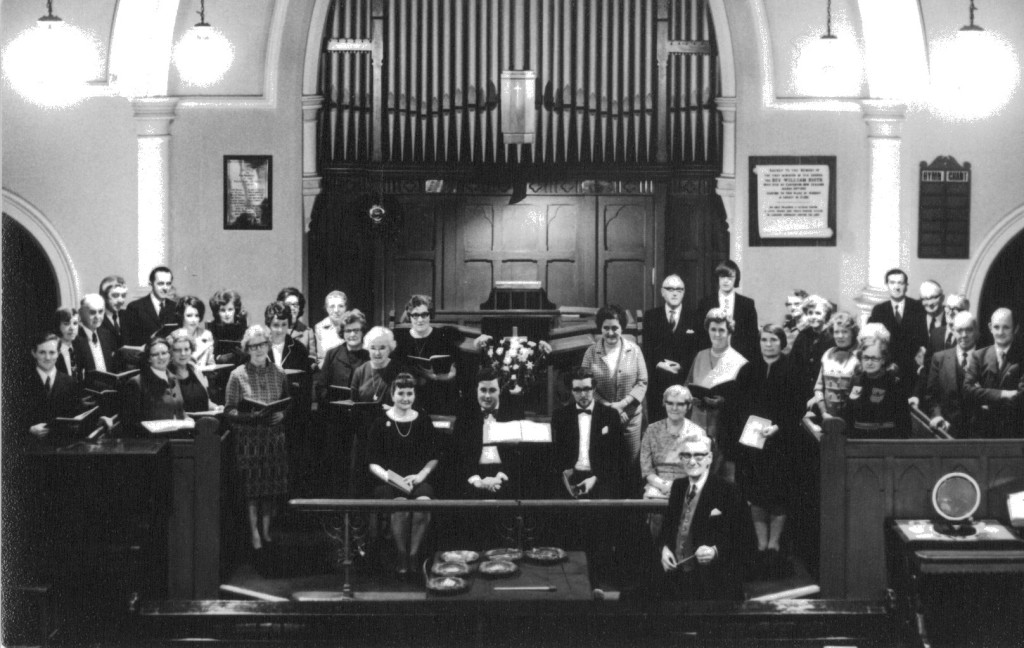