Musings From The Manse: Autumn 2011

Dear Friends,
In June it was the annual URC Minister’s Summer School, held this year in the Lake District at the URC Windermere Centre. It is one of my favourite places to be and a beautiful part of the country, even when it is raining! However, we were rather fortunate with the weather, and it was good to meet with colleagues I hadn’t seen in quite a while.
Summer School is not (as some have been known to comment) a ‘jolly’, but rather it’s an intensive time of discernment and learning for URC Ministers and CRCW’s (Church Related Community Workers) of the North Western Synod. Though some free time is factored in, Summer School is not for the faint-hearted, as sessions can continue almost back to back from 9 in the morning until 9 in the evening. However, it does give an opportunity to think and reflect on things we would not readily come across in daily pastorate life.
Our time together began by discussing general Synod Matters, before moving onto some excellent Bible Study from Lawrence Moore (General Assembly Moderator elect). We also looked at Resourcing Mission and the Theology and Resources for the ‘Radical Welcome’ Campaign.
However, our main focus came from keynote speaker, Andrew Graystone, who is the Director of The Church and Media Network. This is an organisation which ‘builds bridges of understanding between the media and the Christian community’, as well as running ‘theMediaNet’, which offers support and resources to Christians working in media.
Andrew began by having us look at ‘Culture, Christianity and Creativity’—– i.e. How we as Christians understand our relationship with culture; How can we hear what the world is saying to the Church; Should we embrace the culture in which we minister or reject it; How can we develop a practical framework for reading and responding to cultural objects and trends?
Next it was ‘A beginner’s guide to the digital culture’ – looking at how the ‘digital revolution’ is changing the way we work, shop, bank, communicate, play and even worship – and reflecting on how Christians can find their way through the digital jungle; What the challenges and opportunities for the church are; What it might mean to be a disciple in a digital future?
Then we looked at the key theological challenges of the digital age – possibly the scariest part of the whole thing! 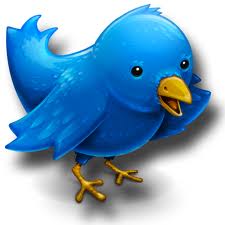 The digital culture may be passing some of us by, but for many in our society – especially the youth – it is a major factor to their whole way of being.
Did you know that anyone who engages in the digital culture is likely to suffer from ‘multiple personality disorder’? Let me explain….. on Email you have a ‘user-name’ for your log-in; on ‘Twitter’, you have your ‘Tweet’ character; your ‘Blog’ persona might very well blog away your spare time; you can have a virtual ‘Avatar’ who we might embody in the many virtual world’s such as ‘Second Life’ or ‘My Farm’; a Facebook profile will allow you to access the profiles of friends and family in order to share in every aspect of your life, as it happens!
One of the weirdest experiences we had was to be a part of ‘St. Pixel’s’ on-line worship, accessed through Facebook. This half-hour session, which can be accessed at different times in different time zones, is open to anyone wanting to join it (providing you have a Facebook account!) and is a digital version of ‘church’ with a whole congregation joining in through cyberspace!! Weird, but strangely comforting!
In many ways the digital culture can be exciting and informative – but like many other things it is sadly open to abuse and corruption, leaving us feeling vulnerable, helpless and way out of our comfort zone. Yet it is with us whether we like it or not – and yes we can choose to opt in or to ignore it – but I doubt we can avoid it completely.

The ‘Church and Media Network’ is just one of those bodies actively seeking to engage in this 21st Century way of life. They believe it’s time to move away from the climate of suspicion and fear which sometimes characterises the relationship between the church and the media – and it was fascinating to hear of the work which Andrew and his colleagues are doing in seeking to be the ‘moral conscience’ on our behalf.
All in all this year’s summer school was exhausting, interesting and informative – but there was a lot to process in a few short days, and I find that the older I get the harder this becomes!

Categories: From the Manse

As I sit to write this article I am confronted by the news of fighting in Virginia USA and of a car deliberately driven into a crowd, killing at least one person. Contrast that with Read more…

One of the peculiarities of ordained ministry is the notion that a minister is parachuted into a church and hits the ground running. That running takes on a momentum of its own and before we Read more…

Whatever Is Happening At Christ Church?? In our last Messenger we confidently outlined the arrangements that were being put in place for the time after Helen left.   However all this has been thrown up in Read more…